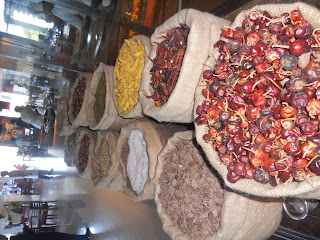 Heart not as full as the tummy!

Well the new year started for us with a  multi-cuisine brunch  an Indian lunch at Spice Market in Hyatt. I was all excited that the long time pending visit to Spice Market after hearing loads about, is going to be fulfilled after my call to the festive desk at Hyatt and they confirmed (and reconfirmed with another call) that it is an ‘Indian and Continental Brunch’ SPECIAL for New Year’s Day! 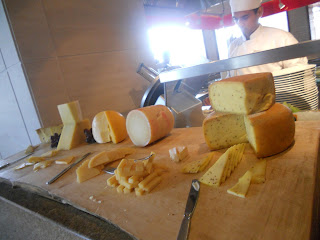 Well, I do know that Spice Market is an Indian restaurant but since they promised the brunch is an international one for New Year we chose it over 601 at The Park and Garden Cafe at Radisson Blu. What a shame. The spread was hugeee but absolutely Indian and not by any chance a brunch! I dont understand why the management has to false advertise and target the wrong crowd and leave us disappointing. 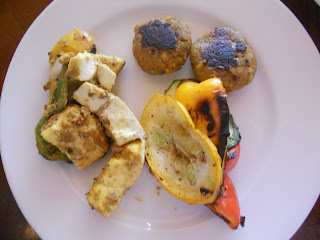 The food was very mediocre, to say the least. The quality and taste were average. The starters were Kebabs – Anarkali Paneer Tikka and a Kele aur Kaju Kebab of which the latter was yumm. There was a chaat stal and we tried the Bhel Puri and Papdi Chaat. It was of course to my shock that even a simple dish like Bhel Puri could go wrong. It was too tangy to taste. There were a couple of Mediterranean dishes- Baba Ganoush and Pita were pretty good. The dal and palak soup was yumm too. But it was brought to us after the starters and only after we asked if they have any soup at all! 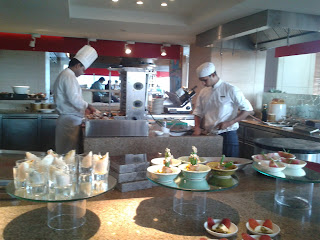 The major disappointment started with the main course. The continental items were just two – one was a stuffed tomato and another was a stuffed capsicum, both unpalatable. And yeah some potato wedges. The Indian spread was pretty huge but absolutely nothing to write home about. The only dish worth trying is the Badami Kofta. There was Dal Makhni and Rajma, average and average. The Vendaka gravy didnt have any Vendaka in it! lol! And the Kadhi was too tangy too. I truly wonder if the chef is a pregnant woman 😀 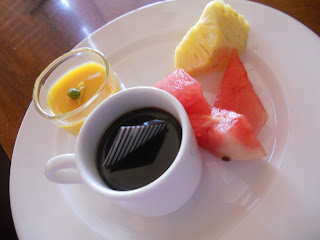 Desserts were not as tempting as one would expect in such a buffet. The creme brulee and white chocolate-raspberry miniatures are worth a try. The mango pudding or the cinnamon cake were not as yummy as it looks. It would have been easier if we could it pick it up ourselves, its a buffet! A good variety of ice-creams and sorbets. Fresh fruit juice (water melon) got over half way through the lunch. 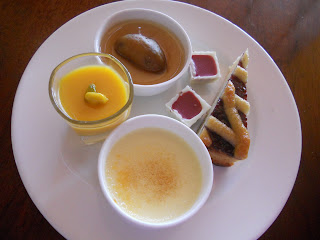 But there was no specials on the menu or any type of festive spirit in the restaurant either. The way the counters were arranged were uncomfortable and far apart and unorganized and there was no voluntary information available on the spread.

If I had been there hoping to have an Indian lunch, maybe I would not have been this disappointed. Anytime brunch at Paprika  tops it all!!!